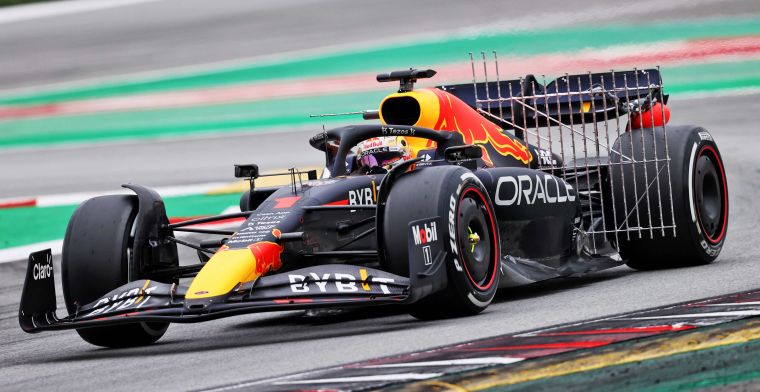 Alexander Albon Nicholas Latifi
Williams
Williams are one of the most successful and iconic Formula 1 teams ever, and after a difficult few years, are now seeking to get back to where they belong, at the top of the sport.

The British team, founded by Frank Williams, joined the grid in 1977, entering one car driven by Patrick Neve, but failed to score any points in their debut campaign.

They got off the mark in their second, with Alan Jones replacing Neve and finishing inside the top five on three occasions, giving his team their first podium at the United States Grand Prix.

Clay Regazzoni partnered Jones in 1979 and became the first man to win a race with Williams when he triumphed at their home race. Jones then won four of the last six races with the Italian standing on the podium at three, and the team finished P2 in the Constructors’ Championship.

They carried their momentum into the 1980s with Jones winning the first race. Five more victories, one courtesy of Carlos Reutemann, Regazzoni’s replacement, followed along with 12 further podiums, leading to Jones and his team winning their respective titles.

Jones couldn’t retain his title in 1981, with him and Reutemann both narrowly beaten by Nelson Piquet, but Williams remained the strongest team, scoring 34 more points than their closest rival.

Keke Rosberg replaced the Australian the next year and, despite winning just one race, became the World Champion.

After a disappointing two years, Nigel Mansell was put alongside Rosberg in 1985 and after a difficult start to the year, they ended it in style, with the former winning two of the last three races and the latter winning the other. That was a sign of things to come.

Piquet replaced Rosberg for 1986, and he and Mansell fought for the Drivers’ Championship with the McLaren of Alain Prost, who ended up beating them by three and two points respectively.

However, Williams managed to reclaim the other title, which gave them and founder Frank Williams a much-needed boost after he was left paralysed in a car accident at the start of the season.

Things got even better in 1987 as Piquet gave them their third drivers’ title and their second championship double, with them having the strongest car on the grid by a long way.

They couldn’t replicate that success for the final two years of the decade, failing to put together any title challengers and winning just two races.

Success was similarly scarce in 1990, but after two years away, Mansell returned in 1991 and immediately brought it back, winning five times as he and his team both finished P2 in their championships.

Both went one better the next year, dominating the competition. Winning nine races and finishing inside the top two in every one that he finished, the driver alone scored more points than any other team.

Mansell then left, with Damon Hill and Prost forming an all-new lineup, but the dominance remained. In 1993, the Frenchman won the championship with ease while the team did the same.

The next year, Michael Schumacher beat Hill to the title by a single point but Williams remained top of the teams. However, that title was tainted by the fact that new driver Ayrton Senna tragically died at the third round in San Marino, crashing early on in the race.

David Coulthard joined in 1995 but neither he nor Hill were a match for Schumacher, whose dominance saw Benetton take the team title.

They quickly got it back though as Hill finally became a World Champion and new team-mate Jacques Villeneuve finished second to him in 1996.

The Canadian triumphed in 1997 as the team again secured the top two spots with Hill’s replacement Heinz-Harald Frentzen taking P2.

Their reign at the top couldn’t last the rest of the century though as McLaren and Ferrari pulled ahead of them in the final two years.

That remained the case for the first two seasons of the 2000s as Schumacher and Ferrari dominated proceedings, resigning Williams, now working with BMW, to P3.

They managed to take P2 from McLaren in 2002 and came close to surpassing the Italian team the next year, finishing 14 points behind with exciting talent Juan Pablo Montoya challenging Schumacher at the top all year.

The British team fell behind BAR and Renault in 2004, winning only the final race of the year courtesy of Montoya, and didn’t taste victory once in 2005, dropping down another place to finish the season in P5.

The downward spiral continued in 2006 as, with Mark Webber and Nico Rosberg in their cars, they scored just 11 points. That was their worst tally since their first year in the sport.

2007 was a step in the right direction with them climbing back up to P4 in the standings and returning to the podium courtesy of Alexander Wurz.

That progress didn’t continue though as they finished the final two years of the decade in P7 and P8. Nico Rosberg impressed both years but alongside him, Kazuki Nakajima couldn’t do the same.

Williams entered the 2010s with two new drivers after Rosberg joined Mercedes and Nakajima was dropped. In their place were veteran Rubens Barrichello and rookie Nico Hulkenberg. Both did well, scoring 69 points between them, which was the team’s highest tally in six years.

Again though, the good times didn’t last long as they finished the next season with just five points to their name.

They headed into the 2012 campaign with a stronger car and Pastor Maldonado used it to take a shock victory at the Spanish Grand Prix, giving them their first win in eight years. Asides from that though, it was another fairly disappointing year, as was the next one.

Things finally started going right again in 2014 when a switch to Mercedes engines enabled drivers Felipe Massa and Valtteri Bottas to fight at the front all year, scoring nine podiums and 320 points between them which was enough for P3 in the standings.

They kept that place in 2015 but dropped down to the midfield after that before becoming a backmarker again in 2018 and 2019.

George Russell was the only real positive for the team in 2020, constantly impressing in a car that wasn’t good enough to score any points for the second straight year.

There were more reasons to be cheerful in 2021 as the Brit finished P2 in Belgium and scored 16 points while team-mate Nicholas Latifi picked up seven. That lifted the team from the bottom of the championship for the first time in three years.

With the Williams family no longer involved, selling to US investment group Dorilton Capital for €152 million, the team enter a new era of the sport in 2022 at the start of a new era of their own.