That fate of the 2022 Formula 1 World Championship is starting to look very much like Max Verstappen’s to lose. Ferrari are without a doubt as quick as the Red Bull, but the Dutchman is at a different level.

After the first few races, we were all drooling at the prospect of the duel between Verstappen and Leclerc. The racing had been clean, enthralling and a Titanic battle promised to blossom. Six races later and we have barely seen another battle between the two. Mechanical failures for both teams and all manner of bad luck for Charles, have robbed us of the spectacle.We still don’t know how ‘wheel to wheel’ action with Verstappen will go for Leclerc over a whole season but we finally got a look at his teammate Sainz’s credentials.Carlos drove a fantastic race in Canada and was all over Max after the late safety car. On fresher tyres and chasing his first win, the Spaniard tried everything but couldn’t get past.

Although it was a great drive it said everything about why Sainz will never be world champion.Imagine for a second it was Verstappen behind chasing his first win. There is no way Max would have gone fifteen laps without making some massively aggressive lunge. Whether it worked or not he would have tried it. Carlos knows he is out of the title race and had a lot less to lose. If he had have made a lunge a more mature Verstappen wouldn’t have risked a crash. We will never know as Sainz never tried it. There was one moment where he had a look and he should have let it fly from there.These moments don’t only affect one race. When Max entered the sport he was at times stupidly aggressive, causing anger throughout the paddock. What he achieved however was a reputation that made other drivers unsure what he would do and gift him opportunities.He took on and defeated seven time world champion Sir Lewis Hamilton the same way. Hamilton knows he can trust an Alonso or a Ricciardo in combat. He doesn’t know that with Max. Even behind the safety car in the infamous Abu Dahbi race Verstappens aggression was at a level seldom seen before. He never lets you get comfortable.If Sainz thought Max would make a mistake, he was dreaming.

That means, the only driver we have seen in combat show that kind of aggression to Max is George Russell.George doesn’t have the equipment to fight at the moment but we finally got a glimpse in Spain. Russell was every bit as aggressive and decisive. You could feel both drivers relish the battle.Max won his first race in a red bull, George should have won his first in a Mercedes if his team hadn’t let him down. The two are destined to fight soon and the world of F1 waits.

Russell when he gets his chance in a race winning car will have his elbows out straight away. To beat Max he will need to get into his head. He will need to know when to ruffle his feathers in combat and put doubt in his mind. Furthermore, Verstappen currently knows he is more aggressive than anyone on the grid and is not afraid to use this to his advantage. Charles and George must fully challenge him if the are to have a chance at becoming a World Champion.

POLL: Can he stop Max Verstappen? 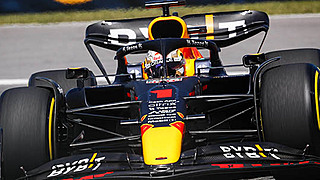 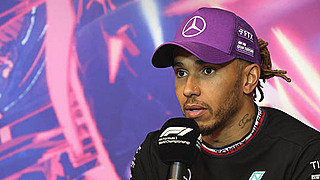 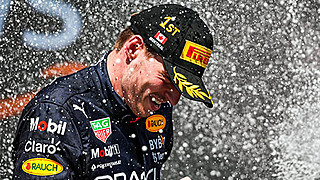 That fate of the 2022 Formula 1 World Championship is starting to look very much like Max ...